Weston is located to the west of Trinidad in southern Colorado, in Las Animas County. The Spanish Peaks are a pair of mountains located north of Weston. The Ute Indians named them Huajatolla (pronounced Wa-ha-toy-a), meaning "two breasts" or "breasts of the Earth". The two peaks, West Spanish Peak (13,626 feet/4,153 meters) and East Spanish Peak (12,683 feet/3,866 meters), are east of, and separate from, the Culebra Range of the Sangre de Cristo Mountains. Culebra Range's highest point is Culebra Peak (14,047 feet/4,282 m), which is notable for being the only fourteener in Colorado which is located on private land and is the most southern 14er in the U.S. 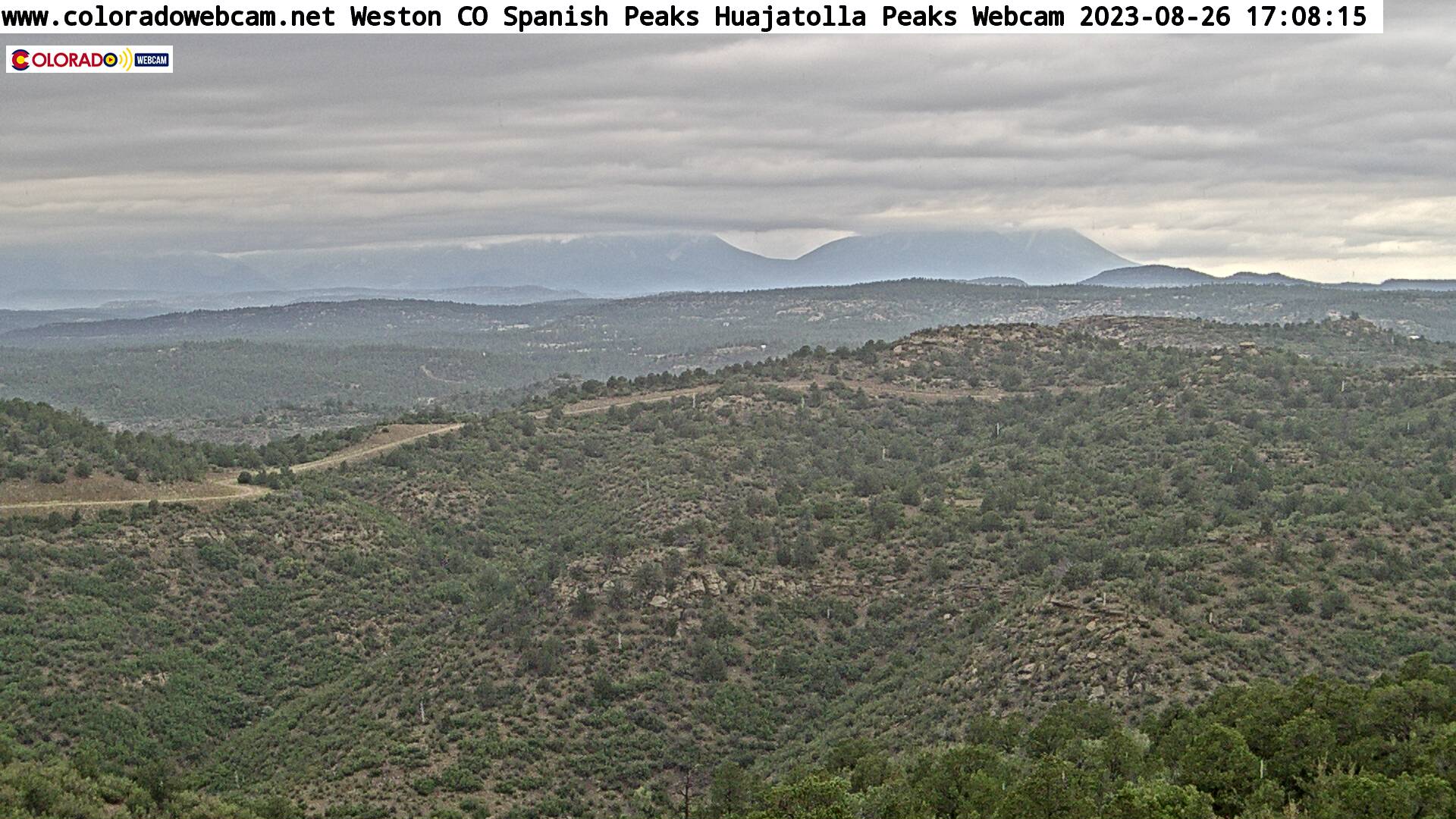 View of the Spanish Peaks (looking north)
(all cams come from Coloradowebcam.net)